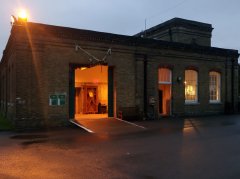 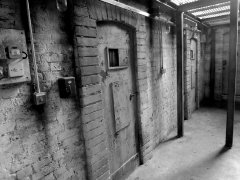 Experience a night of ghost hunting at the Royal Gunpowder Mills in Waltham Abbey, Essex with Ghost Hunt Events on 18th September 2020, 8:00pm until 2:00am. Tickets £45 per person

The Royal Gunpowder Mills, Waltham Abbey, were in operation for over 300 years; however, from the mid-1850s onwards the site was involved in developing new nitro-based explosives and propellants.

Throughout the First World War the number of workers exceeded 6000, mostly local and female workers. After World War I production continued and crucial development work was carried out on TNT production and on the new explosive RDX.

During World War II, Waltham Abbey remained an important cordite production unit and for the first two years of the war was the sole producer of RDX. RDX is one component of torpex, the explosive that was used in the Bouncing Bomb.

In 1984 the South site and the Lower Island works were handed over to Royal Ordnance Plc immediately prior to its privatisation. The North side however remained in Ministry of Defence control as a research centre; becoming part of the Royal Armament Research and Development Establishment.

After various reorganisations of Governmental research, the research centre finally closed in 1991, bringing to an end 300 years of explosives production and research.

One not to be missed!

Our team of experienced investigators will be on hand throughout the night so that you can participate in:-
- Séances
- Vigils (in the dark)
- EVP (Ghost Voice) Experiments
- Ouija boards / Glass Divination
- Automatic writing, Dowsing and Pendulums
- Table tilting & rapping
- Use of our ghost hunting equipment
and much more with our experienced Mediums & Paranormal Investigators.

Event will include:-
- Usual group size 8 people (but may be a maximum of 12 on rare occasions)
- The number of groups depends on venue size.
- No lengthy briefings or workshops
- Controlled sessions & 45mins - 1 hour with our Mediums
- Free time for you to investigate / explore on your own
- Opportunity for lone vigils throughout the evening
- Regular breaks
- Complimentary tea and coffee available throughout the night in the breaks

We can't guarantee spiritual or ghostly activity but we can guarantee that everything you experience will be 100% real.

What Happens at the Event
Indoor Events
Our events are always 100% investigation and vigil events, we won't waste time by taking you on a history tour of the venue.

We will not usually talk about the history of the building unless people ask us to do so.
We don't hold workshops or briefing on equipment usage. Any equipment that you will be using throughout the event will be explained at the start of each session by our team leaders.

For the first few hours (usually 1 hour per session) you will be in a group and you will spend time with our Mediums doing séances, where they will try to get the active spirit to move you in some way (this is not designed to scare you) and with our paranormal investigators doing experiments, table tilting, glass divination, Ouija boards, EVP (Electronic Voice Phenomena a.k.a. ghost voice) experiments and other equipment experiments using the latest ghost hunting equipment.

29 July, 2017
Had a great night thoroughly enjoyed it thanks guys
L.B.

29 July, 2017
Hi guys, Paul and I just wanted to say a big thanks for yesterday at the gunpowder mill. we had a lot happen.
H.J.

29 July, 2017
Thank you for an interesting evening, my favourite activity was the table tipping as that was only responsive activity that night for me.
S.W.

20 May, 2017
I really enjoyed all the activities, but as Ouija Board has been my main interest for a while now, I would say that was my favourite on the night
A.M.