Ghost Hunt at Fort Burgoyne (May) 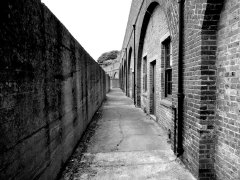 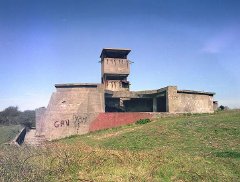 Beacon Hill Fort in Harwich, Essex was originally three blockhouses, constructed during the reign of Henry VIII, following his visit to the town in 1543.

The site was chosen for Harwich Barracks. These were built in 1803. They subsequently housed most of the Harwich army and militia camp during almost the whole French Revolutionary and Napoleonic Wars era, and a naval signal station.

In 1889 work began on a totally new fort, which was completed in 1892. The fort saw use in World War One, and was re-adapted in World War Two. The Beacon Hill site also from time to time housed anti-aircraft guns and torpedo tubes.

The fort was finally decommissioned in 1956.

Uncertainty still surrounds the death of Gregory Chung whose burnt and decomposing body was found at the Beacon Hill fort at Harwich in 2000. A murder inquiry was launched but the inquest heard it was probable Mr Chung, 23, set fire to himself.